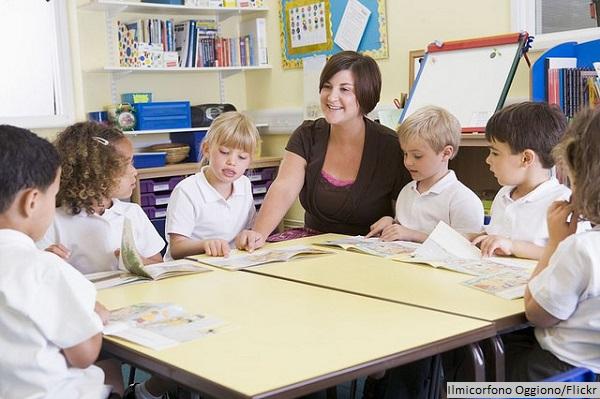 The Every Student Succeeds Act (ESSA) requires a “negotiated rulemaking” process whenever the Department of Education issues regulations under parts of the law pertaining to assessments, academic standards, and several other topics. This process requires a panel of experts, which the agency assembled in March. Their work thus far (they’ve met twice) has revealed major problems on the regulatory front concerning gifted and high-achieving students. These issues need immediate attention, including close scrutiny by the lawmakers who crafted ESSA.

As Education Week explains the process, panel members “essentially get together in a room and try to hammer out an agreement with the department. If the process fails, which it often does, the feds go back to the drawing board and negotiate through the regular process, which involves releasing a draft rule, getting comments on it, and then putting out a final rule.” The Department of Education assists this process with issues papers (which provide background), discussion questions, and draft regulatory language that the panel can edit based on its discussions.

Last week, the group tackled assessments, an area of ESSA that directly affects gifted and high-achieving students. Unfortunately, in the twenty-plus pages of draft regulations and seven issue papers that accompanied those discussions, the team never addresses gifted education (aside from one mention of “above-grade-level” testing). That’s a huge shame considering that many of the regs will affect high-achievers for years to come.

Of the seven issues the panel dealt with, three are of particular interest to advanced students: computer-adaptive testing; advanced math assessments for eighth graders; and locally selected high school assessments. Here we explain what each could mean for high-achieving students, as well as the problems we see ahead as states seek to promote educational excellence and shrink achievement gaps under these regulations.

Before ESSA, a No Child Left Behind provision required all students to take the same tests. As it was interpreted by both the Bush and Obama administrations, the provision also barred material from those tests that was significantly above or below grade level. As a consequence, most current assessments do a lousy job of measuring academic growth by pupils who are well above grade level. They just don’t contain enough “hard” questions to allow reliable measurement of achievement growth at the high end. In other words, the ceiling on those tests is so low that most advanced students can pass them even before the school year starts.

Thankfully, ESSA allows computer-adaptive tests (CATs)—such as those developed by the Smarter Balanced consortium—to be structured and administered in ways that measure growth at every level, without overburdening any student with a ridiculously long paper-and-pencil test. And if combined with a real academic growth accountability model—one that holds schools to account for ensuring that all their students make progress over the course of the school year—this can finally create incentives for schools to attend to the further learning of their high-achievers. Making sure that every state allows for above-grade-level testing is critically important as we implement ESSA.

Unfortunately, the CAT issue paper and draft regulations prepared by the Department of Education do little to encourage any of this. In fact, they make it harder than ESSA’s drafters intended by mandating that any test selected by a state “must measure a student’s academic proficiency based on the challenging State academic standards for the grade in which the student is enrolled” (emphasis added). Moreover, when the draft regs list all nine of the subgroups for which scores must be disaggregated, students “at each level of achievement” are problematically omitted—even though they’re among the subgroups ESSA requires states to include on their annual school report cards. In other words, the department has not moved away from its single-minded fixation on grade-level testing.

Yet it makes no sense for a ten-year-old kid who is already reading or doing math at the seventh-grade level to take a test with questions designed for fourth graders. We can understand the logic of making below-grade-level students take on-grade level questions, so as not to lower expectations for them. But why do the same for above-grade-level students? This can only give their schools further reason to continue neglecting them.

And put yourself in the shoes of a teacher with a fourth grader who is advanced in math. You know before she even takes the test that she’s above grade level, so data confirming that is a waste of both your and the student’s time. (Hello, opt-out parents!) But knowing that this student is learning at the sixth-grade level according to your state standards would provide you with a good foundation for helping that student continue to grow in math.

The Education Department’s obvious indifference to these issues is truly worrying—a significant shortcoming in the regulatory process that the panel and the department both ought to remedy before this process goes farther.

Under ESSA, states must administer the same math and ELA assessments to all students in grades 3–8. But the law makes an exception for eighth-grade students taking advanced math coursework. According to the new draft regulations interpreting that provision of ESSA, states could measure these kids’ academic achievement using the end-of-year math assessment the state gives it high school students.

At first glance, this flexibility looks like good news for high-achievers—especially in states that don’t assess above-grade-level content using computer-adaptive tests. But last week, the panel added a further provision to the draft regs that could make it very difficult for states to take advantage of these exemptions. The panel would require any such state to demonstrate that it “offers all students in the State the opportunity to be prepared for and to take advanced mathematics coursework in middle school.”

The provision sounds both onerous and mysterious. Advanced coursework is, by definition, meant for students achieving at a higher level than most of their peers. How, then, could a state demonstrate that it offers all students the opportunity to be prepared for such coursework? And would a state, under this provision, have to offer advanced math to all students, regardless of their preparation? It’s the type of pie-in-the-sky regulation that might rip a hole in an otherwise beneficial policy. And every advocate and policy maker who cares even a little about these kids ought to shout from the mountaintops about how crazy this is and get it changed before the regulations are final.

This provision of ESSA allows districts to use “nationally recognized” tests for the high school assessments that the law mandates. The regs define a “Nationally recognized high school academic assessment” as “an assessment of student knowledge and skills of high school students that is administered in multiple States and used by institutions of higher education in those States for the purposes of entrance into post-secondary education or training programs.” That’s how policy people say, “Your district can use the SAT or ACT as a high school test, even if your state uses a different assessment, under certain conditions.”

Unlike the two provisions discussed above, this one looks like a good development for advanced students. These tests have relatively high ceilings, which will provide evidence about the performance of our best high school students (and, more importantly, allow for those data to be used in state accountability systems). And most advanced students will take these tests anyway, so a district pursuing this option would presumably lessen their testing burden.

The authors of ESSA intended for gifted kids to be better served by American schools than they have been to this point, at least insofar as federal policy bears on their education. The shift toward decentralized decisions will allow states to boost their own policy guidelines if they choose—as we hope they will—to address excellence gaps.

But the way the department and its hand-picked negotiators are handling these issues in the draft regulations and issue papers strongly suggests that gifted education—and, more broadly, educational excellence—remains almost completely off its radar. Of the three ESSA provisions that matter most for high-achievers, the regulators are doing OK with locally selected high school assessments. But they’re really messing up computer-adaptive tests and advanced eighth-grade math assessments—to the extent that they stand to actively harm high-achievers. Fortunately, this is just one step in the regulatory process, so we don’t have to wave the white flag yet. Advocates and policy makers still have time to get the word out and change these provisions before they’re finalized. That is exactly what we hope to do.

Jonathan Plucker is the inaugural Julian C. Stanley Professor of Talent Development at Johns Hopkins University and a member of the National Association for Gifted Children board of directors. Brandon Wright is the editorial director of the Thomas B. Fordham Institute.

Editor’s note: This is part of a series of blog posts that is collaboratively published every week by the National Association for Gifted Children and the Thomas B. Fordham Institute. Each post in the series exists both here on Flypaper and on the NAGC Blog.