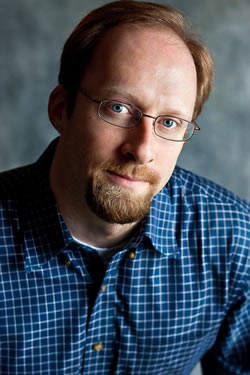 His work focuses on education policy and talent development and has been supported by over $30 million in external grants and contracts. He has published over 200 articles, chapters, and reports, and his most recent books include Critical Issues and Practices in Gifted Education (2nd ed.) with Carolyn Callahan and Intelligence 101 with Amber Esping. He recently became editor for the Research-Based Decision Making for Gifted Education and Talent Development book series at Palgrave-Macmillan and the Psychological Perspectives on Contemporary Educational Issues series at IAP. His work defining and studying excellence gaps (http://cepa.uconn.edu/mindthegap) is part of a larger effort to reorient policymakers’ and educators’ thinking about how best to promote success and high achievement for all children.

Dr. Plucker enjoys collaborating with colleagues around the world, and frequently works in China, The Netherlands, and the United Kingdom, and also collaborates with colleagues in South Korea, Taiwan, Russia, Hungary, Australia, and New Zealand.
Prof. Plucker has received a number of honors for his work. For his creativity work, he has received the Daniel E. Berlyne Award for outstanding research by a junior scholar (2001) and the Rudolf Arnheim Award for outstanding research by a senior scholar (2012) from Division 10 of the American Psychological Association, and the 2007 E. Paul Torrance Award for creativity research from the National Association of Gifted Children. For his gifted education research, he has received the NAGC Early Scholar Award (1998) and Distinguished Scholar Award (2013) and two awards from the Mensa Education & Research Foundation Award for Excellence in Research (1997 & 2000). For his education policy work, he has been ranked one of the Top 100 most influential academics working in education in 2011, 2013, and 2014.

Dr. Plucker is a fellow of the American Psychological Association (2009) and was named a Fellow of the American Associate for the Advancement of Science in 2011 "for distinguished contributions to the science of creativity and the creation of research-supported education policy."